One Community. Every Student. Every Day. 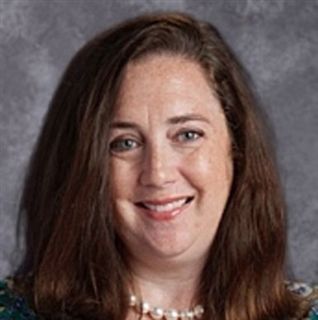 The Power of Why

12/6/2019
Julia Ambersley, Second Grade Teacher
Why is it sometimes difficult to appreciate the value of questions? Why do adults often cut short discussions that allow us to get to an answer?  Why is having the right answer the only goal? How can we welcome the process of learning, of questioning? Children, by nature, are questioners, but at what point do we stop asking so many questions? Think back to when your child was a toddler. Did it seem that they would never tire of asking “Why?” How do we encourage children to always question the world around them, to always ask “Why?”
In October, I had the pleasure of attending the NCAIS conference in Raleigh. Of the many fantastic sessions that I attended, one truly stood out to me, “Cultivating a Community of Thinkers” led by Laura Parrott (Durham Public Schools Advanced Academics).  Ms. Parrott’s opening words left a lasting impression on me. She said, “Students who ask questions are engaged and invested in their learning. They also have ownership over the process. They can determine the path that their learning will take.”
Bloom’s Taxonomy identifies six different levels of questioning. They are (from most basic to most advanced), knowledge, comprehension, application, analysis, synthesis, and evaluation. While questioning certainly has its place in education, too often it is difficult to move past that lower level questioning. According to Ms. Parrott’s presentation, “80% of questions our students hear are lower level, the bottom of Bloom’s taxonomy. Regurgitation questions. This is true of K-12 grades.” I’ve been an O’Neal parent for almost eight years, and I am confident in saying that we go far beyond just “Knowledge” questions. The education at O’Neal focusses on the whole child. Our teachers encourage creative thinking. They ask the hard questions, and in fact, they encourage their students to ask those hard questions too.
I have taken Ms. Parrott’s lesson and worked to embrace the importance of questions in my classroom. While those lines of questioning sometimes require redirection, it’s always incredible to see the path on which they can take our students. In second grade we have been studying terrestrial biomes. Recently we were learning about the Taiga. When we got to the part of the lesson where we discuss ways to take care of the biome, the point of using cleaner energy sources was a part of the notes that we were taking. One of my students asked, “But Mrs. Ambersley, what does that mean, cleaner energy sources?” Instead of offering just a quick answer, I let the line of questioning take over. Our lesson was transformed into a discussion of different types of renewable resources, solar power, hydroelectric power, and wind energy. Further questions led deeper into our discussions about wind power. During this conversation I told the children about the first time that I saw a wind turbine in person. I was awed by its size. As you can imagine, my students then wanted to know just how big they are. We looked up pictures and size comparisons of wind turbines. Did you know the average land wind turbine is more than 150 feet taller than the Statue of Liberty? We didn’t! That massive and relatable size comparison led into a deeper discussion of “where?” Where could you find these massive turbines? It was my turn to ask the students some questions…Where do you think these turbines might be found? Why would those locations be chosen? I encouraged them to talk, to ask each other questions, and to develop their own ideas about what would make a good location. By allowing the discussion to take its course, I heard students using their knowledge from our earlier studies of geography. They talked about different geographic features that would be important for these wind turbines to be effective. Do you know what happened? My seven and eight-year-olds were right! Through their questions and conversations, they were able to accurately identify where turbines would be located.

In reflecting about that day’s lesson, I realized something important. Maybe we didn’t get as far as we had planned. Maybe we didn’t finish our discussion about a specific biome. That said, we all gained something incredibly important. Each of us felt that our questions were valued. Our questions were heard, they were discussed, and they were answered. I encourage you to try and look at the world through the eyes of our children and always ask “Why?”
Mrs. Julia K. Ambersley joined the O’Neal faculty in the fall of 2014. She studied at Sweet Briar College in Virginia where she received both her undergraduate degree (Anthropology, 2001) and her Master of Arts in Teaching (2005).

The O'Neal School admits students of any race, color, national and ethnic origin to all the rights, privileges, programs, and activities generally accorded or made available to students at the school. It does not discriminate on the basis of race, color, national and ethnic origin in administration of its educational policies, admissions policies, scholarship and loan programs, and athletic and other school-administered programs.